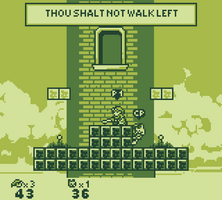 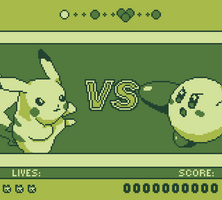 Advertisement
Super Smash Land is a classic version of Super Mash Bros for Nintendo 64, adapted for the PC and with the look of the games from the first Gameboy.

Instead of having the full range of characters, you will only have Mario, Link, Kirby, and Pikachu to start, plus a couple of hidden characters that will join the party when you complete the game.

The mechanics are the same as in the original title: you have to hit your enemies to increase your percentage and knocking them out of the game, before they do the same to you. You can play either against the computer or a friend. Also, the game supports keyboard commands.

Super Smash Land is very fun independent game, with lovely graphics and a gameplay that never goes out of style.
Reviewed by Álvaro Toledo Translated by Ashley Thornton
Advertisement

Can we buy it in game boy cartridges. Thank you

Super Mario 3: Mario Forever
A good remake of the original Super Mario Bros
Dragon Ball Z Budokai X
Fighting game based on Dragon Ball featuring all sagas
Sonic Robo Blast 2
New revision of this classic game
Naruto Mugen
More than fifty Naruto characters, in MUGEN
Super Mario Bros X
Mario is back in a marvelous adventure
Sonic Fan Remix
The blue hedgehog is back
Streets of Rage Remake
MegaDrive classic is back. Kick assess again.
Mari0
Do you like Portal? Do you like Mario? Then you'll love this

Tekken Tag Tournament
The PlayStation 2 classic, now on your PC thanks to MAME
GTA IV: San Andreas
San Andreas is back to life in GTA IV
PUBG Lite
The version version of PUBG for PC
Valorant
Spectacular tactical team shooter
Call of Duty 2
Play 2nd World War as if you really were there
Creative Destruction
A free Fortnite-style battle royale that won't disappoint you
Knives Out
Online action for up to 100 players
Total Overdose
Tequila-fuelled rampage